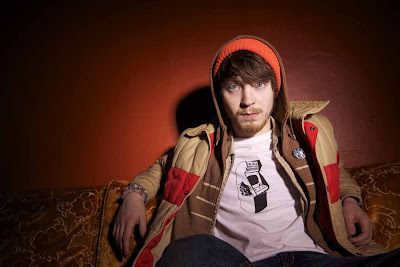 The first single off A.M. Breakups’ debut album, The Cant Resurrection. The Utica, New York native is only twenty-four but has already been on the scene for years, starting with his work with MC Eleven as the duo 11 A.M. and growing into collaborations with artists across the indie-rap spectrum; Teddy Faley, Super Chron Flight Brothers, Nasa, K-Swift and V8 of Chicago’s TFD crew. With a strong local following, rabid online fan base and a solid resume in the scene, Breakups is releasing The Cant Resurrection, an LP where stark production, heavy with layers and texture is interspersed with verses from some of this new millennium’s most promising indie talent. The album features Billy Woods of the critically-acclaimed Super Chron Flight Brothers, Baltimore luminary Teddy Faley, Chicago’s V8 and of course, classic verses from Breakups’ partner-in-rhyme Eleven. the Cant Resurrection is another in a line of bold, unique releases by Backwoodz Studioz and continues the label’s tradition of progressive, critically-acclaimed indie hip-hop out of New York, following in the footsteps of Vordul Mega’s Megagraphitti and Super Chron Flight Brothers’ 2010 LP Cape Verde.