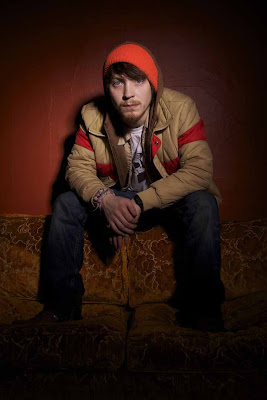 A.M. Breakups teams up with Billy Woods (Super Chron Flight Brothers) for a brand new single off the upcoming Cowardly Threats & Hideous Cruelty mixtape. “Good Times Had By All” features the Utica producer at his most subdued, a rainy day dreariness that perfectly matches the dark humor of Woods’ bitter verses. The flip side of the track is Breakups’ spectacular remix of the Super Chron Flight Brothers “42nd St.” off the duo’s critically-acclaimed LP, Cape Verde. This is Breakups at his uptempo best, the meticulously layered beat shifting beneath itself but perfectly couching the fast-paced 70’s concept of the original track. The song features the Super Chron Flight Brothers along with Wu-Tang‘s Lord Superb (Supreme Clientele), HiCoup and Pastense. For those of you who haven’t checked out thi s kid’s debut album, The Cant Resurrection, which Backwoodz Studioz dropped last week, hopefully now you have one more good reason to stop sleeping.