download: KHINGZ, “Liberation Of The Monster” full-length | produced by REL!G!ON 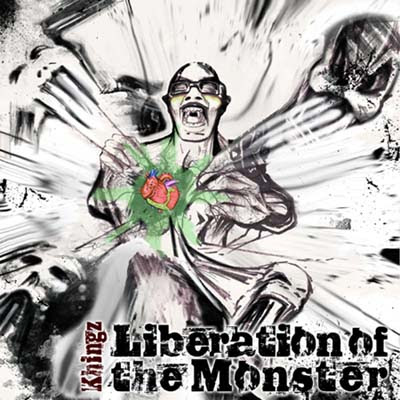 Wandering Worx Music officially releases the much anticipated new album from Seattle MC Khingz‘ Liberation Of The Monster, an 11-song album produced entirely by Vancouver’s REL!G!ON. Fresh from his opening performance this past weekend for Freestyle Fellowship and Blackalicious alongside his fellow Hi-Life Soundsystem bandmates, Khingz is ready to drop what he calls “A sonic assault on all the preconceived notions that chain a person to mediocrity”. Khingz and REL!G!ON met at a Vancouver music showcase in 2010 and started work on the album at REL!G!ON’s studio shortly thereafter. Khingz also has albums in production with Seattle producers Vitamin D and Bean One. You can find him in Seattle opening for Mos Def and Talib Kweli at The Show Box on November 5th. Visit www.wanderingworx.com to get the album and tons of free music from Planet Asia, Jasiri X, Moka Only and more.