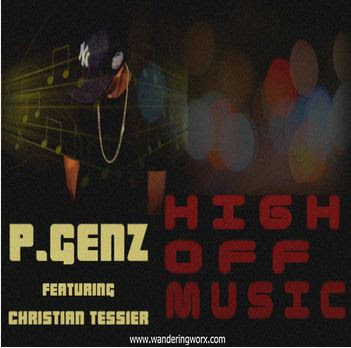 New Jersey emcee P.Genz started making songs with Vancouver producer REL!G!ON after they met through Twitter. Their first song resulted in radio plays and they knew right away this collaboration wouldn’t be their last. The new single is called “High Off Music” and features Vancouver singer Christian Tessier on the hook.