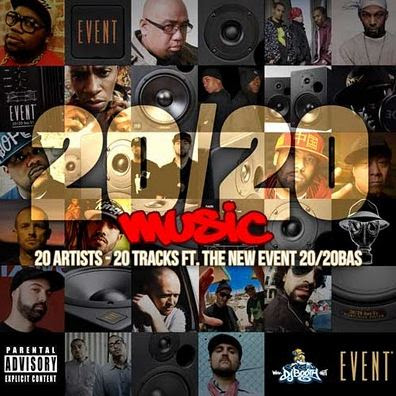 As those who tuned in for Rapper Big Pooh‘s last Booth feature are already aware, the Little Brother alum doesn’t give one iota of attention to what They Say —which is a damn shame, since “their” (that is, Booth readers’) reaction to the record, single numero uno off the artist’s forthcoming full-length, were overwhelmingly positive. Or perhaps word did get around to the N.C. mainstay—in any case, he’s giving his people more of what they’re clearly craving in the form of a fresh remix, making its world premiere on our front page as entry #9 in The DJBooth and Event Electronics 20/20 Music Series. Joining Pooh to showcase their own mic skills (and their non-f*ck-giving attitudes) over jazzy, string-laced sample work are two fellow crew members-turned-solo spitters: Tribe Called Quest emcee Phife Dawg gives us a window into his professional life on the middle, and Slum Village‘s T3 brings the record home with a poetic closing verse. Fans can find the original version of this cut and much more on Pooh’s Dirty Pretty Things LP, due out Nov. 1. Keep it locked for further entries in the Event 20/20 Music Series throughout October and November.