California-based emcee Cornbread presents the music video for his single “Pass It”, produced by West Coast beatsmith Kan Kick. “Pass It” will appear on Ready To Live, Cornbread’s forthcoming album featuring Big Shug, Tristate, West Coast Kam, Roc C, and G&D as well as production from Oh No, DJ Romes, Georgia Ann Muldrow, Elevated Soul, & Noah Ayala. A Mississippi native, Cornbread moved to California where he founded the KaliWild crew alongside Oh No, J-Duce and Sean Biggs, forming a pillar of the Oxnard underground movement that spawned Madlib, the Lootpack, Dudley Perkins, Kan Kick, and Aloe Blacc, who appears alongside Cornbread and Maya Jupiter on the 2010 single “Relaxin” (watch the music video). The “Pass It” video was shot by Dirty Diggs, the producer behind many collaborations with Planet Asia, who makes a cameo in the video. Cornbread calls the clip “the joint you pass around the world! It will get your spirits high. I did this song in the spirit of good old hip hop story telling.”

Brooklyn, New York emcee SupaWave Osbourne presents the music video for “Blvcked Owt”, his new single produced by German beatsmith Rato. The video was directed by Trife Drew of Figure Eight Films. Representing Brooklyn’s Bushwick and Flatbush sections, SupaWave has collaborated with Copywrite, has shared the stage with the likes of MF DOOM, Sean Price and Machine Gun Kelly, and is prepping for the release of The Mandela Effect, his forthcoming album. Osbourne recently released visuals for “Iron Fist 5” (watch) Vast Aire of Cannibal Ox, Double AB, Mo Iz Real and An Hobbes, and “Left Shoes” (watch). Osbourne says the song is about “going into the unknown with a fearless outlook. Knowing that you are an immortal spirit after everything is stripped away. The scenes with the white background are life and everything that comes with it, like knowledge, happiness, creativity, depression, expression, etc… Meanwhile the scenes in the darkness are the opposite of that. Whether it be death, afterlife, or simply, the unknown. The dichotomy is set up to show that we can be fully active and aware in all states, and, to know this and to not be afraid of anything. Whether in life or out of it. To not only not fear the other side but to embrace it, because in being BLVCKED OWT you can find light.”

Pacific Northwest-based rapper/singer Jango presents Alone By Choice, Jango’s new mixtape produced by Jimmy Hill of Amplified Wax, the production house responsible for a platinum record for Matthew Koma, as well as collaborations with Myles Kennedy and Eva Simons. Born in Connecticut, Jango’s first mixtape was The Pursuit, and he has toured with Crooked I and Eazy E3. Jango describes his new mixtape as “a statement. I wanted my fans and friends to understand that it’s okay to be alone. So many people find depression and helplessness in being alone when in fact they should be able to find some happiness by appreciating and loving themselves. The project was inspired after the passing of my best friend Cam, who last year chose suicide to end his life. I hated that he had made that decision but I understood why. He was alone and couldn’t find happiness by himself. My goal and point to this project is to save everyone else from this mindset. No one can love you better then yourselves, and nobody should ever be able to tear you down. It’s your life, it’s your choices, and ultimately your happiness.” 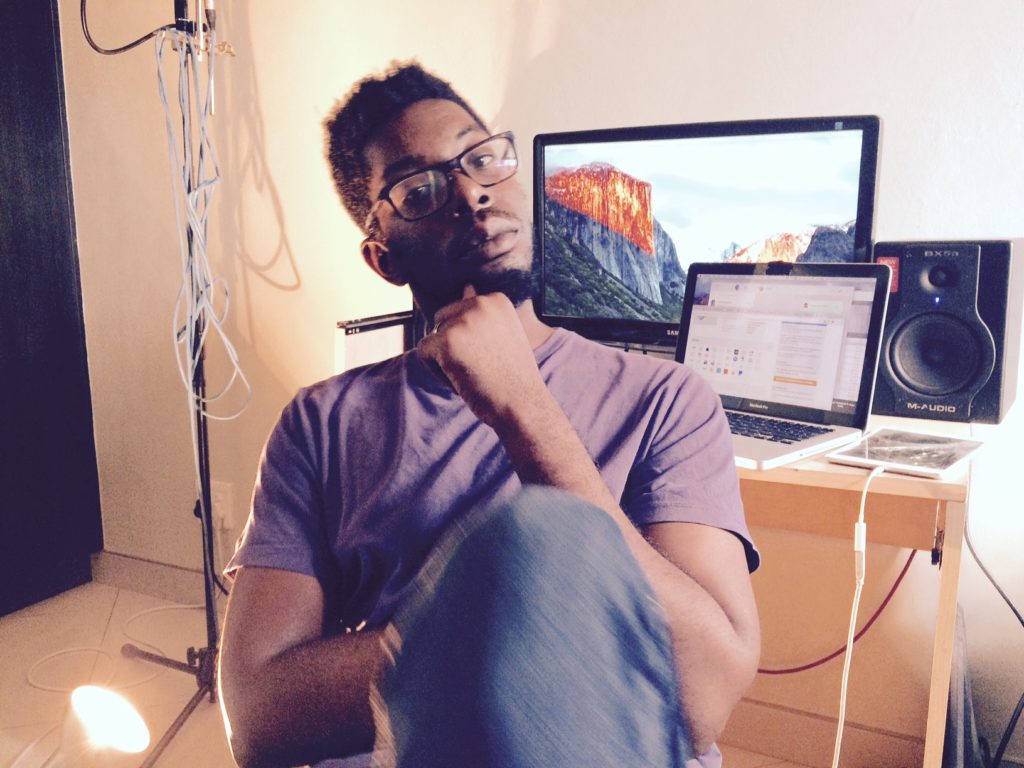 Pacific Northwest-based rapper/singer Jango presents “Forbidden”, his new single produced by Jimmy Hill of Amplified Wax, the production house responsible for a platinum record for Matthew Koma, as well as collaborations with Myles Kennedy and Eva Simons. “Forbidden” will appear on Alone By Choice, Jango’s forthcoming mixtape produced by Hill and co-produced by Jango. Born in Connecticut, Jango’s first mixtape was The Pursuit, and he has toured with Crooked I and Eazy E3. “Being originally born a Jehovah’s witness there’s a lot of dos and don’ts when it comes to a significant other so as I grew older and farther away from the church my ideals and beliefs started to conflict,” Jango says about the song. “The love I’m singing and rapping about in ‘Forbidden’ is extremely forbidden in the church’s eyes. They consider this a sin. Throughout the song I knowingly am committing these sins but admit, ‘I just can’t help myself’ because the woman I’m describing is extremely seductive and has me caught up on her love. This song represents so much more to me that just a simple love song. It’s literally how I’ve experienced my love life. As a young kid I had this sweet ideal of love and how I’d be married before I had sex or became that intimate with a woman. Life however had its unexpected journeys and turns and I ended up committing sins I never thought I’d commit” Alone By Choice drops late March.

“Love & Hip Hop: New York” star Amina Buddafly presents “More Than You”, her new music video directed by Catherine Ouellette. “More Than You” will appear on Amina’s forthcoming EP Music In My Room. Born in Germany to a Senegalese father and German mother, Amina was one half of Black Buddafly alongside her twin sister Jazz. Her solo releases include two volumes of I AM (iTunes), and she sings and performs regularly with the Village Underground house band in New York. Amina is currently on a tour through the US to support her new book “The Other Woman” (read the review on VH1.com).

Emmy award-winning Oklahoma City rapper Jabee presents the Todd Beats-directed music video for “Tried So Hard”, the Phen-produced single from Black Future, his new album featuring Chuck D, Brother Ali and Killer Mike as well as production from J57, Hannibal King and M Stacks. In 2013 Jabee released his album Everything Was Beautiful And Nothing Hurt (iTunes) on Murs’ 3:16 label. Jabee was already one of URB Magazine’s Next 1000 when his DJ Vadim-produced Blood Is The New Black mixtape dropped in 2008. His Must Be Nice mixtape collaboration with Terry Urban and Mick Boogie featured Green Lantern, 9th Wonder, Blu and Oddisee. His 2011 Lucky Me mixtape clocked 40,000 downloads. Jabee contributed a track to the official Boondocks Season 3 mixtape, and won an Emmy for his writing and performance in a commercial for Science Museum Oklahoma (watch). Jabee was a vocal and focal point for a leading role in the new NIKE x Kevin Durant commercial “The Baddest”. In 2014 Jabee was invited to Shade 45 in NYC to be featured and interviewed by Sway of “Sway in The Morning” (watch). Chuck D of Public Enemy says “Jabee’s music has the potential to change the world.” Jabee says the song is about “me dealing with my insecurities, my faults and how people will kick you not knowing that you are already beating yourself up inside. The video is a picture of that and how you still need to be able to smile through it all.”

General Steele of Smif-N-Wessun/Boot Camp Clik and Burlington, Vermont-based producer Es-K present the music video for “Persistence”, the first single from their brand new collaboration album Building Bridges. “Persistence” features guest verses from VVS Verbal and Louie Skaggs, and the video was shot by Sisco. Produced mostly by Es-K, Building Bridges features guest appearances from Buckshot of Black Moon, Smoothe Da Hustler, Shabaam Sahdeeq, Rockness Monsta of Heltah Skeltah, and a posthumous cameo from his late great partner, Sean Price. As one half of Smif-N-Wessun, General Steele crashed the hip-hop scene in the 1990s with their debut album Dah Shinin’ (named a Top 100 Album Of All Time by The Source and a Top 50 Debut Album Of All Time by Complex). Their last release – 2011’s Monumental – was produced by Pete Rock, and Steele has also collaborated with Tupac Shakur, Mary J Blige, 50 Cent, Raekwon and Bounty Killer. Es-K may be best known for his 2014 album Serenity (listen) as well as his Spontaneous Grooves beat tape series, where every beat on each tape was made in one sitting each. A low-key display of introspective verses, classic cuts and jazz-inflected beats, Building Bridges stays true to its name by bridging the gap between established artists and rising ones alike such as VVS Verbal, Shadow The Great of Loaf Muzik, Napoleon Da Legend, Mar’rz Atomz, Stage One, Louie Skaggs, Boone Bixby, Supreme The Eloheem (from the Representativz) and Coke as well as production from Hellfire Beats and Central Parks. DMC champion DJ Grazzhoppa contributes cuts alongside Hashfinger and Hellfire. The cover art comes courtesy of Joe Buck, the artist behind the De La Soul Is Dead cover art. Building Bridges appears via Bucktown USA, the multi-media company General Steele created in 2004 alongside partner Cynical Smith, with digital distribution through Duck Down, including a limited-edition pressing of 500 records which will be available 12/2. #BuildingBridges

19-year-old Orlando, Florida rapper Otown Marco presents the Nassacre-directed music video for “Blitz”, his new single produced by The Shade and Lonewolf. Marco has performed alongside Joey Bada$$, Tory Lanez, Curren$y, Lil Durk and Caskey. His previous releases include 2015’s Studio Nights EP (Soundcloud) and Blue December (Soundcloud). “We created the beat and I wrote ‘Blitz’ in less than a day,” says Marco. “I think that was just the vibe and how freely the song came together. I wanted to give people something that had a chill party vibe musically and represent that the video, but ‘Blitz’ serves as a reintroduction to my fans, prepping them for my next wave of music.”

Brooklyn, New York emcee SupaWave Osbourne presents the Alex Mercado-directed music video for “Iron Fist 5”, his Tone X-produced new single featuring Vast Aire of Cannibal Ox, Double AB, Mo Iz Real and An Hobbes. The video was premiered on Mass Appeal Magazine’s site (view). Osbourne is prepping for the release of The Mandela Effect, his forthcoming album dropping in 2017. Representing Brooklyn’s Bushwick and Flatbush sections, SupaWave has collaborated with Vast Aire of Cannibal Ox and Copywrite, and has shared the stage with the likes of MF DOOM, Sean Price and Machine Gun Kelly. Osbourne recently released visuals for his single “Left Shoes” (watch). Osbourne says “Iron Fist” came together “one special night after heavy sessions of building on general knowledge and ancient wisdom. The 5 MCs here each functioning as individuals and as parts of a whole – like fingers, and like fingers they form to make a hold that is strong. in this case, iron strong. They form the iron fist to knock out all haters and opposition to the strong flows. Vast Aire is the thumb/the grip, Double A.B. the index/the pointer, SupaWave Osbourne the middle finger/F.U., Mo Iz Real – The Ring/Kiss the Ring, An Hobbes- The Pinky/The brain.”

Brooklyn emcee and M.O.P. co-frontman Billy Danze presents the music video for his new single “6 O’Clock Briefing”. The track is produced by Quincey Tones, also known for his work with Ghostface Killah, Busta Rhymes and Jay Electronica. Danze has been releasing music for over 20 years as half of M.O.P., and has worked with DJ Premier, Jay-Z, Guru, 50 Cent, Wu-Tang Clan, Kool G Rap and Mobb Deep. He’s currently in the studio with Doc Ish, the Grammy-winning producer behind collaborations with Eminem, Ne-Yo and Talib Kweli. “Some may see this as a song,” Billy says about the new single. “But it has nothing to do with music, It’s my view of whats happening in my country. We talk to each other about the issues affecting our country, we march and protest, but we never ask the president how he feels. Understanding how things work, I say ‘we know you did what you had to do’. The president has done his best. But as a man, does he see what’s going on in this country?” “6 O’Clock Briefing” is out now on Danze’s We Build Hits imprint.