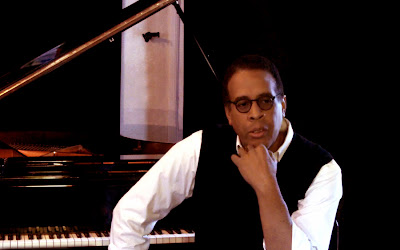 HE HAS BEEN CALLED “THE MICHAEL JORDAN OF BASS”. He has invented instruments, scored your favorite movies, won countless awards and made music with everyone from the Rolling Stones to Oprah Winfrey. And on July 1, Grammy award-winning bassist Stanley Clarke will put the sum total of his experience and insight at your fingertips as one of the newest professors weighing on Year Two at the Funk University (thefunkuniversity.com), the trailblazing online bass guitar academy masterminded by funk legend Bootsy Collins.

Born in Philadelphia, Stanley Clarke has been a constant force of nature in American music since the early 1970s, when the success of the jazz-fusion Return To Forever album with Chick Corea gave way to a number of extremely successful solo albums (1976’s School Days is probably his best known), which in turn led to a storied career scoring music for films such as Boyz N The Hood, the Tina Turner biopic What’s Love Got To Do With It, The Five Heartbeats, the Tupac Shakur/Janet Jackson movie Poetic Justice and many more. He is the first bass player to go gold and headline national tours. He helped invent the piccolo bass guitar. He has collaborated with Paul McCartney, Aretha Franklin, Stevie Wonder , Chaka Khan, The Police, Jeff Beck, Herbie Hancock and many more, and has shared the stage with Bob Marley and Miles Davis. He has won two Grammys, most recently this year’s Best Contemporary Jazz Album award for his release under The Stanley Clarke Band. He was Rolling Stone Magazine’s first recipient of the Jazzman Of The Year award, has received awards from Bass Player and Downbeat, and won Playboy Magazine’s Best Bassist award ten years straight.

Clarke is only one of the world-famous bassists personally handpicked by Bootsy Collins to assist with teaching duties at Funk U, joining a list that already includes bass luminaries such as Les Claypool of Primus, Meshell Ndegeocello, Victor Wooten, John B. Williams, Beyonce bassist Divinity Roxx, Dennis Chambers, Thee Ram Jam, Frankie “Kash” Waddy, Bakithi Kumalo, P-Nut of 311, Blackbyrd McKnight, Public Enemy bassist Brian Hardgroove and Billy Bass. Funk U students get access to the ‘virtual campus’ at thefunkuniversity.com, where original lessons and tutorials geared to beginners, intermediate and advanced players along with lectures about the music industry and recording will be available, all on-demand to fit the busiest of schedules. From exercises on slapping from the players who created the technique, all the way to no-holds-barred observations on what it takes to ‘make it’ from the guys who actually did, Funk U compresses decades of experience into hour upon hour of invaluable tutelage. In addition to a wealth of brand new content, students will also have access to all Year One material. By Year Two’s end, a record will be completed featuring axework from Funk U’s sharpest students. Funk University is produced by SceneFour, the notorious L.A. creativity house responsible for projects with Al Gore’s Current TV, MTV-U, Nine Inch Nails, the RZA, Marilyn Manson, The Pixies, and Beck.